Tim Tiger
Folded Feather designed and built the Set, Costume, Puppet and Mask elements for the educational touring production of Tim Tiger by the Stockholm based theatre company MolièreEnsemblen.

On receiving the script it was clear that it would be a challenge to design a show which could be transformed from a toilet cubicle to all of the places within this fantasy, yet very real alternative world, and back again by the efforts of only the two performers.
Through many mock-ups and exploration the solution was found to be by having each of the four flat, honeycomb aluminium set pieces supported with one steel leg each, would allow for wonderful transformation of the set piece's position from vertical to horizontal and then two angling placements.
Costumes and puppets were designed with quick change in mind, for each performer plays multiple and very diverse roles. 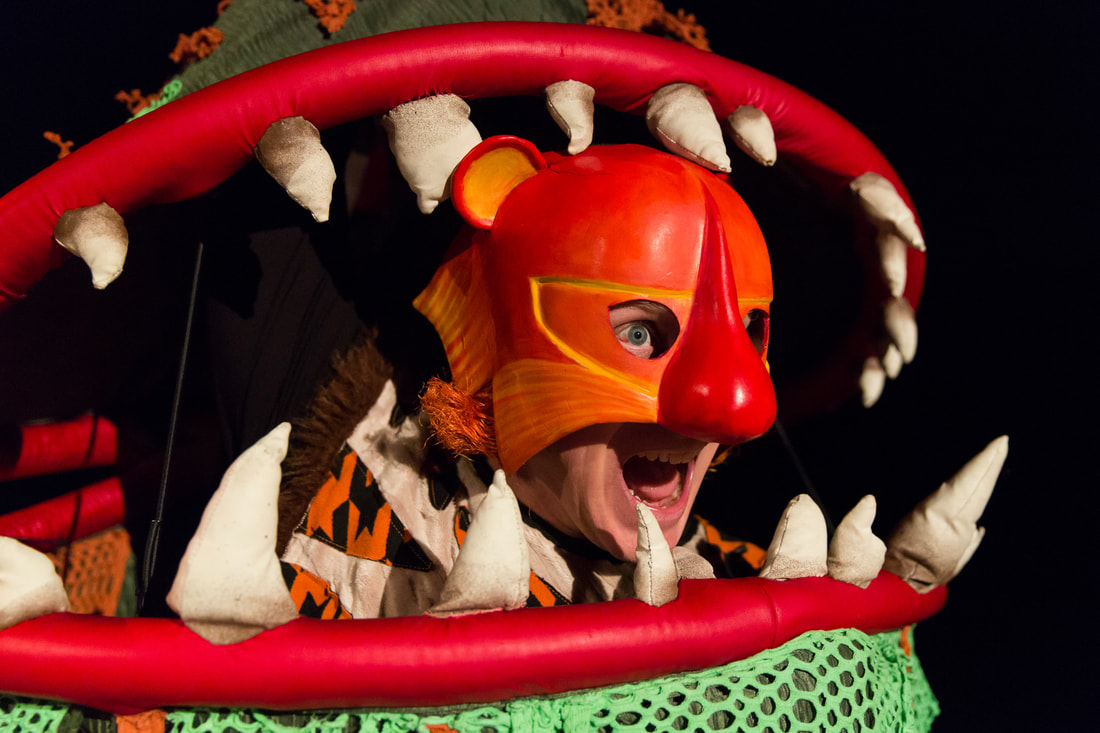 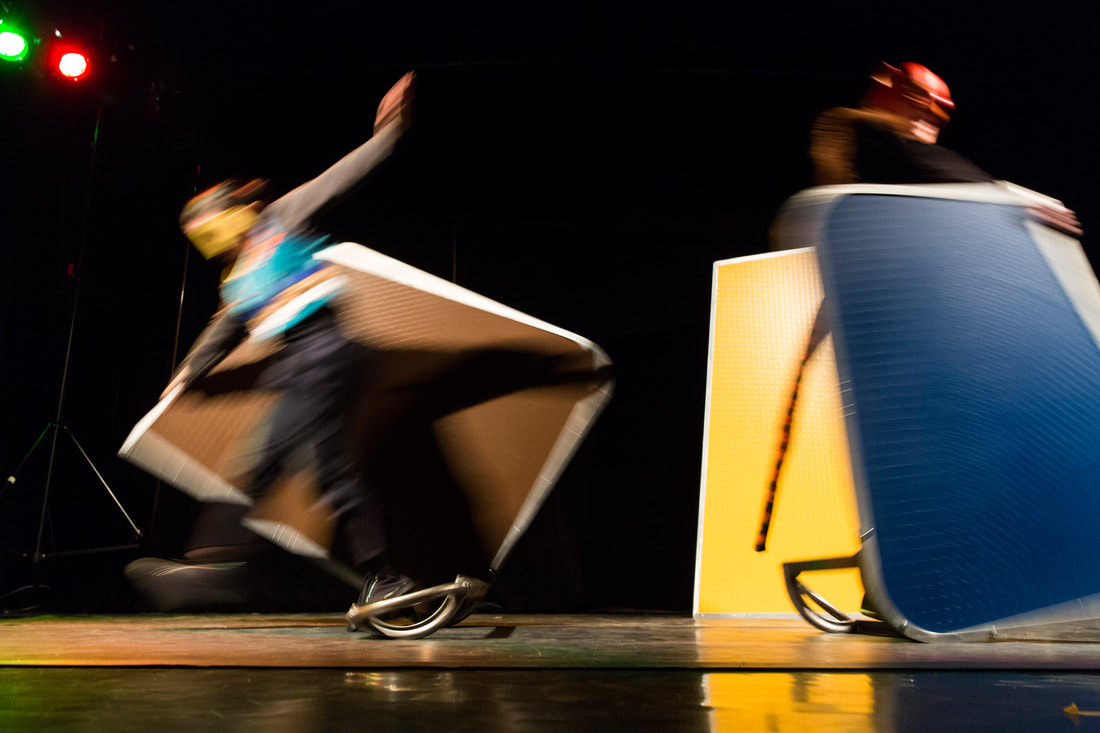